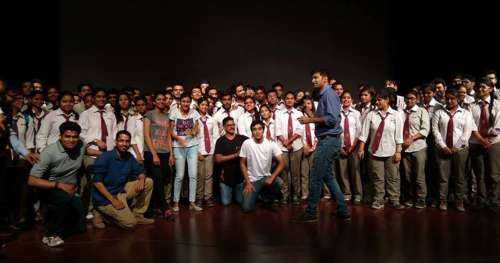 Drupal Global Training Days is a worldwide initiative of Drupal Association, to increase the adoption of Drupal. In support of this event the Kolkata and Jaipur team of Innoraft organized day-long Drupal training sessions.

The #DrupalGTD was organized in Kolkata for the first time ever. The main initiator of the event was Innoraft. The event was supported by Anant Education Initiative, an NGO that work towards empowering education by offering scholarships to meritorious students from the economically weaker sections of the society. Infinity Group, a pioneer in building world class infrastructure, came in as a venue partner.

“There were over 60 participants out of which 40+ were Anant Scholars. We were too elated to meet each one of them and had a great day talking about Drupal”, said Mukesh Agarwal, CEO & Co-founder, Innoraft.

The session in Kolkata started with a Keynote by Aninda Das, a representative from Anant Education Initiative followed by an Introduction to Drupal & its Relevance Today by Mukesh.

The first training on Introduction to Drupal was delivered by Sanket Jain. He discussed Basic concepts of Drupal 8 touching upon major components used and how they are helpful. He concluded the session by giving interesting inputs on setting up a Drupal 8 site.

The stage was then taken over by Sonam Singh. She gave a brilliant talk on advantages of using Drupal mainly focusing on things like Blogs, Comments, Dynamic Listing of Content and Configuring a Drupal 8 site to do more.

The last session at Kolkata was a hands-on training to build a simple site using Drupal 8. Somedutta Ghosh explained in the most simplified manner some interesting tips and tricks that would make this job easier. Student’s took deep interest in her session.

Anant Scholars were given certificates on behalf of Innoraft. 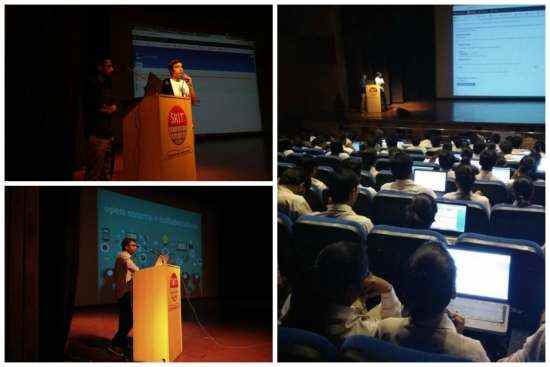 The DrupalGTD at Jaipur organised by Innoraft in collaboration with Axelerant and Blisstering Solutions, supported by Drupal Jaipur Community. SKIT came in as the venue partner. The training day was a huge success with over 150 participants attending.

Prateek Jain of Blistering Solutions began the day with a very interesting talk on general web concepts. Followed by him Abhishek Pareek and Sagar Choudhary of Innoraft took the stage. They shared detailed information on Installation of drupal, general concept, hands on drupal, and all terminologies related to Drupal. They gave live examples of Installation of Drupal, Changing the name of your site and spoke about various drupal terminologies like Node, Menu links, Vocabularies etc.

Gaurav Goyal from Innoraft shared great insights on the strong and ever growing Drupal community and Opportunities in Drupal. He urged everyone to be a part of the community to learn, share and grow.

Many queries of the students were answered diligiantly.

Special thanks to Piyush Poddar & Anil Sharma  from Axelerant, Basant Sharma from Innoraft, and Vineet Jain from SKIT to helping to make this event a success.

“We urge more and more students to join our Drupal Community and embrace this cutting edge technology that’s growing at a rapid pace”, said Mukesh.

Drupal is approaching with its next big evolution and the upcoming release that is none other than Drupal 9.

Points to check before choosing the right website development company

In today’s day and age, where the digital population is increasing exponentially, no credible business can or should refrain from having a strong and steady web presence.

If you're here, I assume you already have a website built on WordPress but you're not satisfied with it, or perhaps you're here to have a clear idea about why you should give a thought to migrating

Why is Drupal 9 going to be an easy upgrade compared to the previous major versions?

Lately, there has been a lot of buzz around the corner about Drupal 9. The Drupal community is launching Drupal 9, and as well as have plans for the EOL of Drupal 7 and Drupal 8 by 2021.