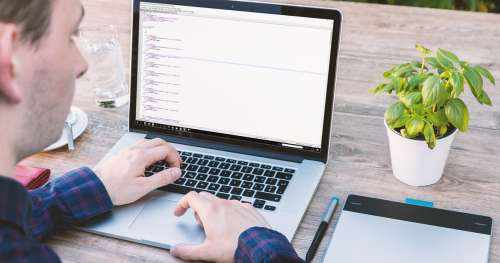 We are programmers and we are always on the lookout for ways to improve our code. A good and structured way of coding defines the completeness of a programmer. GIT, a distributed version control system, is a platform that is a savior .... also has a way that lets programmers improve their structure of code.
Yes, we are talking about "Git Hooks" that come bundled with it.

Generally, in Drupal, we have the coder module and even many other software packages that help us in structuring our codes to follow coding standards. But sometimes when we work on large existing projects that contain enormous amount of codes, it becomes difficult for an individual to check every bit of code for coding standards, even more frustrating during urgent client works when the commit shows an enormous list of coding standard issues that are not even written by us.

Today i will discuss a method by which your code will be checked for coding standards only for code you have written to be commit. Among the several hooks git provides, one such hook that comes to the rescue for only committed code is the "pre-commit" hook.
You can find it under .git->hooks. This hook will not let you commit unless your code follows Drupal coding standards.

You can also see a list of other git hooks, and you can try them out according to your needs and desires.

// Pattern to identify the files that need to be run with phpcs and php lint
$filename_pattern = '/\.(php|module|inc|install)$/';
$exit_status = 0;

This piece of code checks for any code that gets committed against Drupal Coding standards against "PHP_Codesniffer".

You are all but done.
To test if your phpcs is working execute the following code: phpcs --standard=Drupal {path to any Drupal file}

If you are good till now then you are good to go. The next time you commit, only the code you want to commit with coding standard issues will be highlighted. Anything that does not fulfill Drupal Coding standards will not be committed.

In case you want some of your committed code to bypass the check you can execute the following command after git add: "git commit -m "your commit message" --no-verify". BUT DO NOT DO IT.