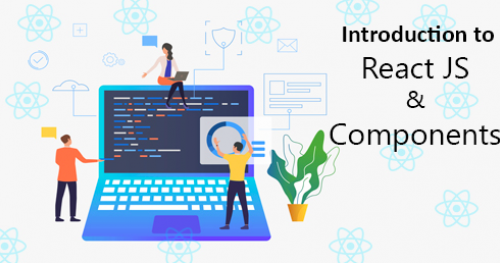 Introduction to React JS and Components

React is a flexible JavaScript library for building user interfaces and it lets you compose complex UIs from small and isolated pieces of codes which is known as Components. React has the aim to simplify the development of visual interfaces.

Developed by Facebook and was released to the world in 2013. It is already powering the two most common social giant Facebook and Instagram and other companies like Uber etc. Recently Microsoft also adopted React to integrate user chat systems in their office products.

React has taken the front-end development world by storm. Below are the key points for that:

Before starting, it is a good idea to understand the building blocks of the React and that is Component. It is a typical JavaScript class or can be a JavaScript function that returns an element. Have a look at the below snippet:

Above is an example of a class base component is a typical JS class that has render method which is returning <div> element.

Above is an example of a functional component which is typical JS function and returning an <div> element.

In this article, I have covered basic React, component lifecycle, virtual DOM, state and props, etc. To start with React, it is better to use `create-react-app` template as it comes Babel, Webpack, react, react-dom pre-configured. Working with React you will have other advantages like React Native and React VR.