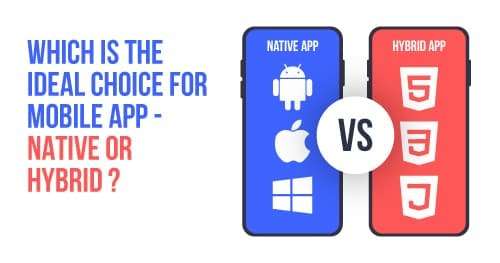 Native vs Hybrid: Which Mobile App Platform is Best?

The mobile industry is a huge one that is continually growing. Smartphones have become extremely useful in the modern era, providing numerous benefits such as instant communication via e-mail and social networking, web browsing, entertainment, GPS, and various other mobile applications. Therefore, a common dilemma arises when deciding whether to create a native app or hybrid app.

Before we analyze the differences, let's first examine how each of these types of apps differs, followed by the advantages and disadvantages of each. Then, we'll discuss in more detail native app vs hybrid app development and provide some insight into which approach is ideal for specific requirements.

It's best practice to ask yourself some key questions before deciding the difference between a native and hybrid app.

The annual number of app downloads globally is expected to reach around 299 billion in 2023, up from approximately 247 billion global app downloads in 2020. 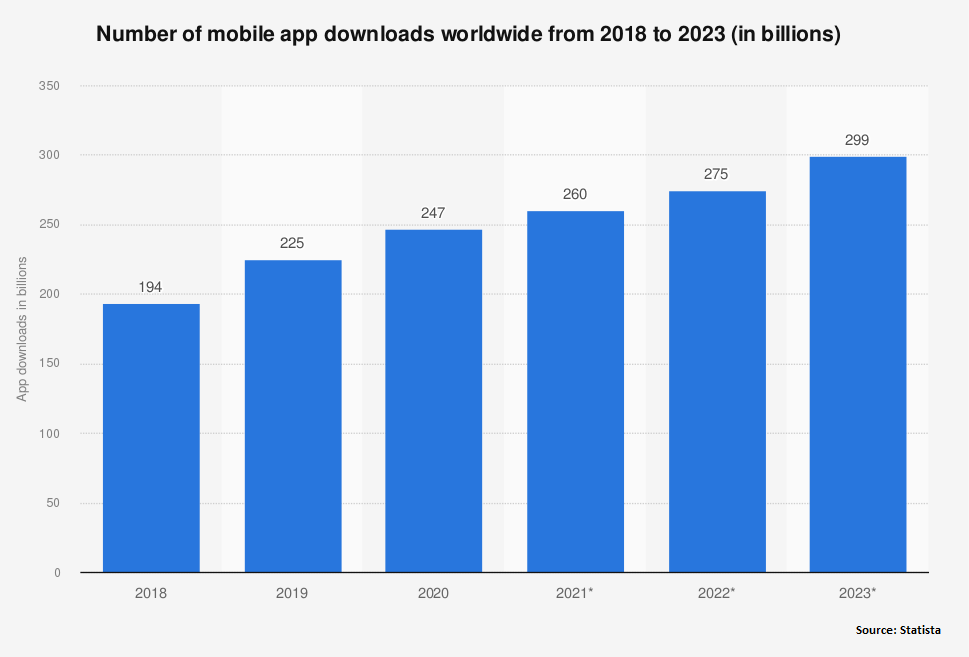 With such intense competition, business owners are under pressure to focus more on the quality, accuracy, features, and other variables that convince potential customers to choose their services over others. At this point, businesses usually face some dilemmas, such as deciding on the best technology for mobile app development services, whether to go with iOS or Android, or which app development framework to use to increase customer engagement.

Apps are excellent for increasing awareness and giving your customers extra value. For this reason, the majority of enterprises choose a mobile app solution. But there is no straightforward answer to the discussion between native apps and hybrid apps, which has been going on for a while. Innoraft, the best mobile app development company in India, has a team of experts, including professional mobile app developers, to assist you in getting your app developed and live on the application store on time and within budget, with no bugs or issues.

Let's start by briefly explaining what native and hybrid app development are in simple terms.

What is Native App Development?

The development of native applications on Android and iOS involves different frameworks.

iOS makes use of:

Android makes use of:

What is Hybrid App Development?

A hybrid app is a single app that can operate on different operating systems like iOS, Android, & Windows and integrates web and native development elements. The application is written in web technology languages such as HTML, CSS, and JavaScript before being condensed into a native application. The plugins, such as Ionic's Capacitor, Apache Cordova, and others, allow access to native functionalities.

With hybrid mobile app development, the code is written only once and can be used across multiple platforms. As a result, when you create a hybrid application, it can provide a user experience and performance that are nearly equivalent to those of native apps, but it falls short in terms of UX and navigation patterns.

The following are the three most popular frameworks for hybrid web applications:

What is the Difference Between Native App and Hybrid App? 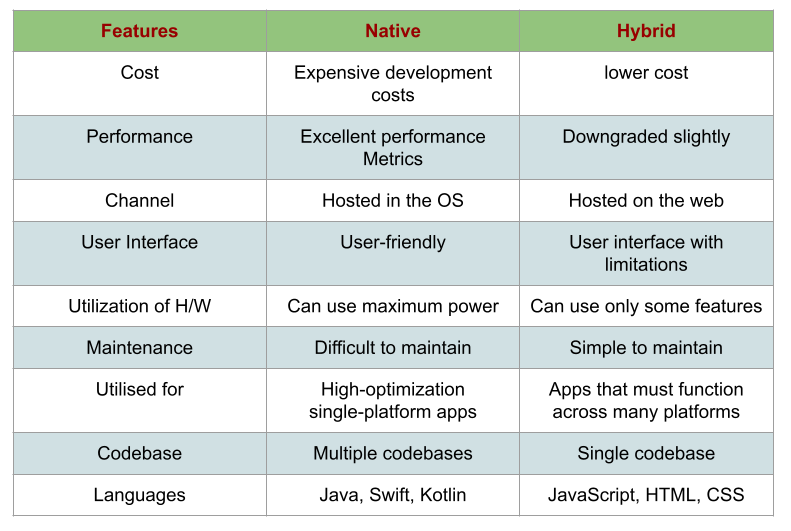 A business can determine the benefits of native apps and hybrid apps by comparing all these differences.

The native app examples will include applications in various categories, including business applications, games, and messaging services.

These great hybrid apps show that a multi-platform framework can deliver performance on par with native apps.

Companies need to use a business app development method that meets their business operations, requirements, and client expectations, irrespective of the industry vertical they are dealing with. Therefore, after reviewing the business specifications, it is recommended that you discuss them with application developers, who will shape your ideas in the best way possible.

Every approach has advantages and disadvantages when comparing native apps to hybrid apps; you have to consider the larger picture and be aware of the goals you want to achieve with the application. Rather than having a permanent in-house setup, you can also outsource application development because working with a mobile app design company would simplify the process.