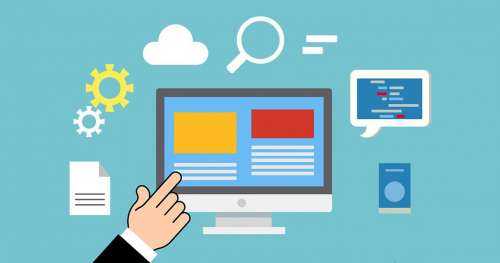 Webservices Simplified - Layman Understanding, And How To Use Webservices

I had always known about web services and a few of the hundred thousand acronyms associated with the web services ecosystem, but I had never really written code to use them. I avoided working with them because I don’t know why I always thought of them what any protester thinks of a Government. Ok, I just said I don’t know why I thought that way so you are free to assume your reasons, and most of them, I fear, would be right. But it was just a matter of time before I could not avoid working with web services any longer and was about to get to know them for real. They are far from anything as boring and clunky as Governments across our planet. On the contrary, they are an easy and powerful and even quite fun. And now that I don't hate and avoid web services anymore, I must share what good things I know about them and the advantages of web services.

I am a sucker for simplifying all things, especially stuff related to technology, except when I am in the mood for some geekiness :-) So don't be surprised if the answers and information you find here sound different (read:layman-ish) from what you are used to finding most other places.

What is a webservice?

A webservice is any piece of software, that provides some functionality, is available over the internet, and talks using standardized XML.

The ‘standardized’ part in the answer above makes web services seemingly boring, but that is so only when you have got a wrong perspective of things. Standardization here has immense benefits and is what makes web services such a neat idea. Let me show you how -

All these pointers above are the real fundamental ideas associated with web services, but of course, I would encourage you to learn more things and in detail -

Getting started with web services - a hands-on

Say we are in need of fetching stock quotes of a publicly-traded company and use the data in some in our application. We could search for web services that allow us to do just that on public webservice repositories such as http://www.service-repository.com/ and http://www.webservicex.net/WS/wscatlist.aspx. Or you could request access to use paid web services, for example, Reuters has a very comprehensive paid webservice that provides all imaginable functionality related to stock and financial markets.

Let's use the ‘stock quote’ webservice here - http://www.webservicex.net/WS/WSDetails.aspx?WSID=9&CATID=2 that is present in the later public repository. And let's get this task done using the popular HTTP::Request module for Perl (this and more ways of working with web services, web services types and how webservice works are covered later in this post)

How to understand the webservice?

Everything that needs to be understood about a webservice -

is present in the WSDL file of the webservice.

For example, look inside the WSDL file of Stock Quote webservice that we are using for this hands-on - http://www.webservicex.net/stockquote.asmx?WSDL. Now that is not what you would call readable. Well, it is not meant to be so for humans. But various applications understand them pretty well. You could use tools that read a WSDL file and give you the answer for all the above questions, such as - http://wscep.sourceforge.net/createrequest.html

Almost all web services come with documentation that tells you how to make a request to a specific method of the service. And if they don't, you could always use tools that read and understand WSDLs for you. In our case, the documentation for Stock Quotes webservice is present here - http://www.webservicex.net/stockquote.asmx?op=GetQuote and tells us to send the below SOAP request to get quote data

How to send a request to a webservice?

To create a SOAP request that will be POSTed to the webservice over HTTP, we need to know a few values such as ‘SOAPAction’ in the example request above. This value can be found from the documentation or by looking at the WSDL file manually or using a tool. For example, the value of SOAPAction for a particular method can be quickly found by searching for the text soapaction in the WSDL file and checking if it is associated with the method you are concerned with by looking at the parent ‘wsdl:operation’ element.

How to parse the response received from the webservice?

Since we sent the SOAP request over HTTP the response received is similar to any HTTP response. It would have a status code (200 = error, 404 = not found, 403 = forbidden etc), and headers and a body.

It is important to note that the response code of 200 indicates that the webservice returned something. That could be the data we were looking for or could be an error message indicating timeout, incorrect parameters etc. Anyway, once the response is in, it can be parsed just as any XML

Creating your own web service

This post covered a basic introduction to web services and how to consume them. Providing web services or making our application such that they can be consumed by others in a similar fashion is about just as easy. You might want to look at SOAP::Lite Perl module for quick hands-on. I have done my ‘hello worlds’ with it and its quite easy.