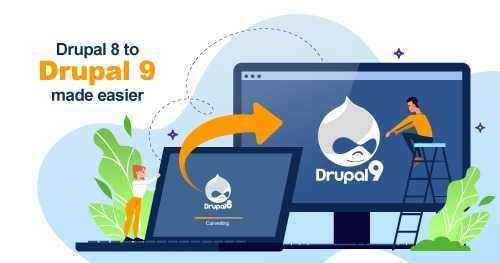 Drupal is approaching with its next big evolution and the upcoming release that is none other than Drupal 9. With every new release, there’s the constant stress of planning for the major upgrade right away. Drupal 9 is all set to hit the ground running from 3rd June 2020. However, this time there’s a break in the tradition. Back when Drupal 8 was released, we encountered radical changes and a complete makeover of the technology but this time, we would rather witness a re-roll of Drupal 8.

In my previous articles, I’ve mostly discussed the new features and advancements Drupal 9 is going to come along with but hardly ever shed light on how can one ideate a roadmap and migrate to Drupal 9 in a little while. Even if you have recently migrated to Drupal 8, sooner or later you will have to switch inevitably. Therefore, this time we will help you set up a concrete roadmap ready that would set the seal on for a smooth transition.

A Background first: Drupal 9 will be a cleaned-up version of Drupal 8. It will be released alongside Drupal 8.9, long-term support (LTS) minor release of Drupal 8. The only difference between the Drupal 9 release and the Drupal 8 LTS release will be Drupal 9's updated dependencies and removal of deprecated code.

What to expect when going from D8 to D9?

The process of migration has always been considered a very daunting task but this time it is claimed to be easy than ever. Previously it was difficult because migrating to D7 to D8 was a major shift and D8 had come up with a myriad of new features and advancements in the core. These structural differences made upgrades complicated and numerous modules have to be secured and optimized for the new version.

However, this time as I’ve already mentioned D9 is nothing but the extension of D8.D9 is not built on a new core it is rather built within D8. Not just this, new features are going to be added to D9 as a backward-compatible code and these will be available to the users for experimental features.
Seeing that, these features are going to be put to use by real users, the chance of improvement, and modification before the big release is very substantial and extensive.

What to expect when going from D7 to D9? 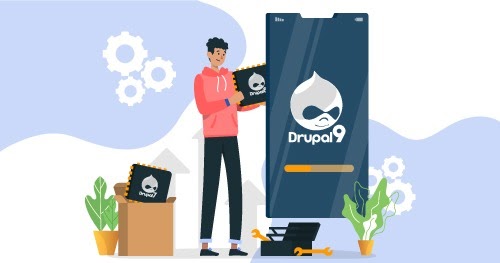 Now we will discuss, what should websites run on D7 be doing? There are two options for the developers and site owners who still are operating on D7 i.e; they can either continue to directly move to D9 and the second is they can follow the chronological order and migrate from D7 to D8 and ultimately D9. Though this entire process of migration has to be completed anyhow by 2021 as it is the EOL of life for both the versions.

That said, the motive of this blog is to provide our readers with a sense of direction and assist them with guidelines for future goals. The bottom line is that all website development agencies should follow the right and proven tactics of migration that will help to implement the upgrade keeping in check the timelines and the costs.